"The average age of a start-up founder is 40. And high-growth start-ups are nearly twice as likely to be launched by people over 55 as by people 20-34."
(Source: Vivek Wadhwa, Kauffman foundation, reported in Time/0325.13.)

Forrester Research: "[Age 55-plus] are more active in online finance, shopping, and entertainment than those under 55." (Sorry, no date available.)

Part 20 of Tom's MOAP, or "Mother of All Presentations," is available now at ExcellenceNow.com. You can download the PowerPoint version or a PDF. We've been releasing a new section every other week throughout 2012.

In Part 20, Tom covers one of his favorite topics: women as the majority market for just about everything.

The next installment of Tom's "Mother of All Presentations," or MOAP, is now available at ExcellenceNow.com. You can download the PowerPoint version or a PDF. We'll be releasing a section every other week throughout 2012.

Part 6 revisits Tom's clamorous call for attention to people with LOTS of money to spend: Boomers and Geezers. Tom has read a new book or two, adding fuel to his passion on this topic, and providing some fresh insights for you to consider in Part 6 of his Mother of All Presentations. 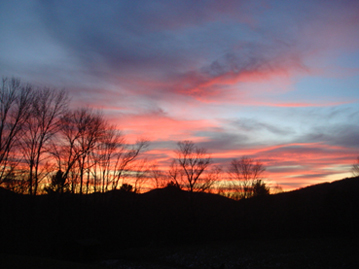 I call them (us!) "boomers & geezers." Boomers alone number about 75 million. The goal of this short post is not heavy analysis. It is simply a vivid and brief set of seven startling numeric facts—that, current economic turmoil notwithstanding, aim to make the case for oldies as by far the most significant marketing opportunity in history.

The way I summarize "all this" in my presentations is as follows:

We are the Aussies & Kiwis & Americans & Canadians. We are the Western Europeans & Japanese. We are the fastest growing, the biggest, the wealthiest, the boldest the most (yes) ambitious, the most experimental & exploratory, the most different, the most indulgent, the most difficult & demanding, the most service & experience obsessed, the most vigorous, (the least vigorous), the most health conscious, the most female, the most profoundly important commercial market in the history of the world ... and we will be the Center of Your Universe for the next twenty-five years. We have arrived!

The latest video at YouTube is #63 in The Little BIG Things Video Series. Though young people are important to marketers in these times, Tom argues, marketers had better keep an eye on boomers, also.

You can find the video in the right column of the front page of tompeters.com or you can watch the video on YouTube. [Time: 2 minutes 52 seconds] You can also download a PDF transcript of the video's content: Strategy: Pay Attention to Boomers.

Here's video number 58 from The Little BIG Things Video Series. Tom provides a compelling argument for marketing to the over-50 population, including this quote from Bill Novelli of AARP: "People turning fifty today have more than half of their adult life ahead of them."

You can find the video in the right column of the front page of tompeters.com or you can watch the video on YouTube. [Time: 3 minutes, 6 seconds] You can also download a PDF transcript of the video's content: Strategy: On People Turning 50.

Here's video number 54 from The Little BIG Things Video Series. According to Tom: "Women look at relationships with more depth and complexity than men do." It's essential to understand this if you're working with women in leadership positions or if you're developing products for women.

You can find the video in the right column of the front page of tompeters.com or you can watch the video on YouTube. [Time: 2 minutes, 21 seconds] You can also download a PDF transcript of the video's content: Strategy: Women & Relationships.

From The Atlantic/"The End of Men":
"Men seem 'fixed in cultural aspic.' With each passing day, they lag further behind." Numerous college women assume they'll be primary bread winner; guys "are the new ball and chain."

"The End of Men: How Women Are Taking Control—Of Everything"

"Earlier this year, women became the majority of the workforce for the first time in U.S. history. Most managers are now women too. And for every two men who get a college degree this year, three women will do the same. For years, women's progress has been cast as a struggle for equality. But what if equality isn't the end point? What if modern, post-industrial society is simply better suited to women? A report on the unprecedented role reversal now underway—and its vast cultural consequences."

"Man has been the dominant sex since, well, the dawn of mankind. But for the first time in human history, that is changing—and with shocking speed."

[There are examples from around the world not just U.S. In the likes of Korea, desire for a child to be a girl is soaring.] [In the USA, efforts to improve the odds of conceiving a girl rather than a boy are now commonplace.]

"As thinking and communicating have come to eclipse physical strength and stamina as the keys to economic success, those societies that take advantage of the talents of all their adults, not just half of them, have pulled away from the rest."

"The evidence is all around you [e.g.] in the wreckage of the Great Recession, in which three-quarters of the eight million jobs lost were lost by men. The worst-hit industries were overwhelmingly male and deeply identified with macho: construction, manufacturing, high finance."

"Of the 15 job categories projected to grow the most in the next decade in the U.S., all but two are occupied primarily by women."

"What's clear is that schools, like the economy, now value the self-control, focus and verbal aptitude that seem to come more easily to young girls."

"Increasing numbers of women—unable to find men with similar income and education—are forgoing marriage altogether. In 1970, 84% of women ages 30 to 44 were married; now 60% are."

From my de facto Bible, Nick Kristof and Sheryl WuDunn's Half the Sky:

"[A study] focused on television's impact on rural India. Robert Jensen of Brown University and Emily Oster of the University of Chicago found that after cable television arrived in a village, women gained more autonomy—such as the ability to leave the house without permission and the right to participate in household decisions. There was a drop in the number of births ... wife-beating became less acceptable, and families were more likely to send daughters to school." (A similar study in Brazil produced similar results. A new TV network featured soap operas, which became wildly popular, starring empowered women with few children. Again, birth rates sagged, especially among women "of lower socioeconomic status.")