A human exclamation point who no longer needs his last name."Nancy Austin


“[Tom Peters’] seminars are a combination of Billy Graham and Sid Vicious.”Financial Times

Tom Peters is the Gandalf of business.”Linda Holliday


On Tom's leadership in Covid-19 times:

Ray Wang and I have conducted 567 interviews in the last four years. The interview with you [Tom] was my favorite of all time. It was a masterclass in humanity—lessons that we can learn and actions we can take for the rest of our lives.” [#1 popularity/210,000 views]Vala Afshar, DisruptTV, Chief Digital Evangelist, Salesforce

The best business book of the year on leadership."Strategy+Business

Tom Peters is the Gandalf of business. Human potential is infinite magic, but most organizations blindly pursue mindless, mechanical contributions. Teams change the world, leaders serve teams—and there’s no such thing as overserving! If you want the secret of the quest, Excellence Now: Extreme Humanism is a must read—and a must often reread.”Linda Holliday, CEO and founder of Citia

If there was ever a time to define the leadership that will catapult civilization forward, it is now. Tom Peters brilliantly outlines the compassion, the kindness, and the empathy to which all of us must aspire to achieve, no matter what our field of endeavor. The extreme times we live in now demand nothing less than the best of ourselves and Excellence Now: Extreme Humanization shows us how to discover it.”Linda Kaplan Thaler, entrepreneur, member of the advertising Hall of Fame, and bestselling author

Most widely held [library book] in the United States from 1989 to 2006."Wikipedia/WorldCat data

One of 'Top Three Business Books of the Century.'"National Public Radio, 1999

It's often debated whether Ronald Reagan's tax cuts or Paul Volcker's monetary medicine got the U.S. off its back [in the mid-80s]. The answer is both, but let's add a third and fourth reason. Third was the personal computer... The PC was more than a machine. It was a garden of entrepreneurship that produced such daring men as Steve Jobs and Bill Gates. A fourth reason was a book that came out in 1982: In Search of Excellence, by Tom Peters and Bob Waterman (Harper-Collins). Yes, I am claiming that a single book belongs up there with tax cuts, a strong dollar, and the PC as a pillar of the American renaissance."Rich Karlgaard, publisher, Forbes, "Book Changes World: 30 Years of Excellence," November 19, 2012

On Tom’s 2018 book, The Excellence Dividend:

The Excellence Dividend is less a business tome than a lyrical poem to human potential.”Ken Gordon, “Tom Peters and Redesigning the Idea of Excellence,” Design Observer/AIGA

I folded so many pages in The Excellence Dividend that its top right corner is half again as thick as the rest of the book.”Ted Kinni, “The Enthusiasms of Tom Peters,” strategy+business

I am in the process of earning an MBA and Masters in Humanity by simply reading The Excellence Dividend..”Vala Afshar, Chief Digital Evangelist, Salesforce

Mr. Peters is an enthusiast, a storyteller, and a lover of capitalism. He says that effective management is management that delivers more value to customers and more opportunity for service, creativity, and growth for workers. He is saying that the decent thing to do is also the smart thing. It's a wonderful message.”Paul Weaver, Wall Street Journal

In Tom's world it's always better to try a swan dive and deliver a colossal belly flop than to step timidly off the board while holding your nose."Fast Company

We live in a Tom Peters world."Fortune

Peters is the Michel Foucault of the management world: a scourge of the rationalist tradition and a celebrant of the creative necessity of chaos and craziness.”/on Tom’s seminars: “a combination of Billy Graham and Sid Vicious.”Financial Times, “You Should Be Bonkers in a Bonkers Time,” on Re-Imagine!

If they're onto a good thing, management gurus generally milk the same business mantra for all it's worth. However, one guru par excellence is going against the grain. The one-man brand that is Tom Peters is still reinventing himself."CNN.com

Tom declared to be McKinsey's #1: From the definitive study of McKinsey (2014), The Firm: The Story of McKinsey and Its Secret Influence on American Business, by Duff McDonald: "Though his tenure was relatively short, Peters is the most famous consultant McKinsey has ever produced. His influence on the firm was enormous and helped raise its profile beyond Bower's wildest dreams.... Peters helped rebrand McKinsey as a group of thinkers.... [In Search of Excellence] wasn't talking only about financial management. It was also talking about how you treated the people who worked for you. It was, in short, the first great manifesto of the idea of corporate culture."

Gottlieb Duttweiler Institute, a Swiss think tank, and MIT teamed up to create "Thought Leaders 2014: The Most Influential Thinkers." "Whose ideas engage people most frequently? Who are the most influential thinkers? To find answers to these questions, we initiated a complex process of evaluation, using software-based calculations to produce a simple 'influence rank'—a measure of the global importance of creative minds." Tom placed #32, behind Pope Francis (#1) and Stephen Hawking (#14)—and ahead of George Soros (#51), Michael Porter (the only other "management guru" on the list, #53), Elon Musk (#69), and Thomas Friedman (#72).

The Bloomsbury Press book [now Perseus Publishing], Movers and Shakers: The 100 Most Influential Figures in Modern Business, reviewed the historical contributions of path-breaking management thinkers and practitioners, from Machiavelli and J.P. Morgan to Peters and Jack Welch. The summary entry on Tom's impact: "Tom Peters has probably done more than anyone else to shift the debate on management from the confines of boardrooms, academia, and consulting organizations to a broader, worldwide audience, where it has become the staple diet of the media and managers alike. Peter Drucker has written more and his ideas have withstood a longer test of time, but it is Peters—as consultant, writer, columnist, seminar lecturer, and stage performer—whose energy, style, influence, and ideas have shaped new management thinking."

London-based Thinkers50 defines itself as "the world's most reliable resource for identifying, ranking, and sharing the leading management ideas of our age."
Hall of Fame [2013]: "The business world has a short memory.... Brilliant tools and techniques are put to work and then taken for granted, their creators speedily forgotten.... As part of our mission we salute the first phalanx into the Thinkers50 Hall of Fame. They are the giants upon whose shoulders managers and leaders stand: Warren Bennis; Howard Gardner; Charles Handy; Philip Kotler; Henry Mintzberg, Kenichi Ohmae; Tom Peters.... Charismatic, passionate, and insightful, Tom Peters virtually invented the modern thought leadership industry.... Even now, Peters' speeches are a restless tour de force. His views have moved with reality. He is a keen tweeter, voracious reader, and endlessly enthusiastic. And, smart."

Lifetime Achievement Award [2017]: British and global management guru Charles Handy on Tom: "In Search of Excellence was the first book about managers that managers had ever read.... This man has brought excitement into management thinking.... People leave one of Tom's talks bursting with ideas and hearts throbbing with enthusiasm.... The high priest of management thinking.... People matter most to Tom and they should to everybody."

Warren Bennis, University of Southern California, the top scholar on the topic of leadership: "I suppose the most significant contribution Tom has made to 'management thought' is his capacity to articulate in graphic and persuasive terms what it is that organizations and managers must do if they want to create successful human communities (and also make a profit). He put into words what a lot of people had been talking about but never took all that seriously. And he writes with unbridled lucidity.... If Peter Drucker 'invented' management, Tom Peters vivified it. He goosed us all, managers and academics alike.... One last thought: Tom is a dreamer, and thank God, a dreamer who can put his thoughts into clear and radiant terms. 'For a dreamer,' said Oscar Wilde, 'is one who can find his way by moonlight and see the dawn before the rest of the world.' That's Tom's gift—the creation of a waking dream—he has inspired us all."

*In Search of Excellence: Lessons from America's Best-Run Companies (1982, with Robert Waterman)
*A Passion for Excellence: The Leadership Difference (1985, with Nancy Austin)
*Thriving on Chaos: Handbook for a Management Revolution (1987)
*Liberation Management: Necessary Disorganization for the Nanosecond Nineties (1992)
*The Tom Peters Seminar: Crazy Times Call for Crazy Organizations (1993)
*The Pursuit of WOW! Every Person's Guide to Topsy-Turvy Times (1994)
*The Circle of Innovation: You Can't Shrink Your Way to Greatness (1997)
*The Brand You 50: Fifty Ways to Transform Yourself From an "Employee" into a Brand That Shouts Distinction, Commitment, and Passion (1999)
*The Project50: Fifty Ways to Transform Every "Task" into a Project That Matters! (1999)
*The Professional Service Firm50: Fifty Ways to Transform Your "Department" into a Professional Service Firm Whose Trademarks are Passion and Innovation! (1999)
*Sixty: This I Believe (2002)
*Re-Imagine! Business Excellence in a Disruptive Age (2003)
*Essentials: Leadership: Inspire, Liberate, Achieve (2005)
*Essentials: Design: Innovate, Differentiate, Communicate (2005)
*Essentials: Trends: Recognize, Analyze, Capitalize (2005, with Martha Barletta)
*Essentials: Talent: Develop It, Sell It, Be It (2005)
*The Little BIG Things: 163 Ways to Achieve Excellence (2010)
*The Excellence Dividend: Meeting the Tech Tide with Work that Wows and Jobs that Last (2018)
*Excellence Now: Extreme Humanism (2021)

Born in Baltimore and raised in Annapolis "with a lacrosse stick in one hand and oars over my shoulder," Tom Peters resided in California, mainly Palo Alto/Silicon Valley (where he was on the first list of "100 most powerful people in Silicon Valley"), from 1965 to 2000. Tom is a civil engineering graduate of Cornell [B.C.E., M.C.E.], where he was included in the book The 100 Most Notable Cornellians, and he earned an MBA and a Ph.D. from the Stanford Graduate School of Business (he is credited with producing the GSB’s first Ph.D. thesis on implementation), and has been honored by dozens of associations in content areas such as management, leadership, quality, human resources, campaigning for more women in senior leadership positions, customer service, innovation, marketing, and design.

In the U.S. Navy from 1966–1970, he made two deployments to Vietnam (as a combat engineer in the fabled Navy Seabees) and "survived a tour in the Pentagon." He was a White House/OMB drug-abuse policy advisor in 1973–1974, and then worked at McKinsey & Co. from 1974–1981, becoming a partner in 1979; he co-founded McKinsey's now gargantuan Organization Effectiveness Practice. 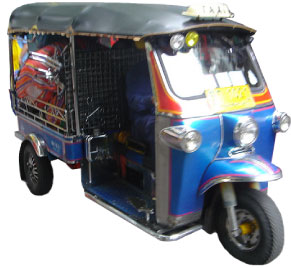 Where is Tom and what is he up to? Take a look at Tom’s photos on flickr.