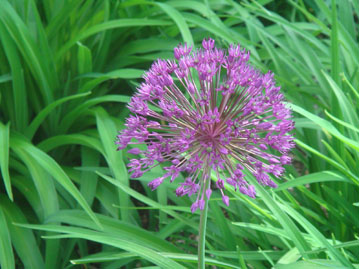 Sebastian Junger, best known for The Perfect Storm, now gives us War, based on harrowing months in which he was embedded in an American platoon in Afghanistan. Consider this, from the Economist review:

"Mr Junger ... is in awe of his fellows' fighting skills and acceptance of, sometimes, appalling danger. ... The main reason, Mr Junger observes and numerous studies have confirmed, is love. The Americans in the Korengal, heroes by the standards of any warrior culture, are not especially religious or patriotic. They show little interest in the war overall or allegiance to the army at large. ... Rather, with passionate intensity, they fight for each other. 'What the Army sociologists, with their clipboards and their questions and their meta-analyses slowly came to understand was that courage was love,' Mr Junger writes. 'In war, neither could exist without the other.'"

I believe these findings go back at least to sociological studies in the U.S. Army in World War II. That is, it is a commonplace. In the context of this Blog and its aims and prejudices, it is one more, perhaps the ultimate, confirmation of ... RELATIONSHIPS ARE EVERYTHING!