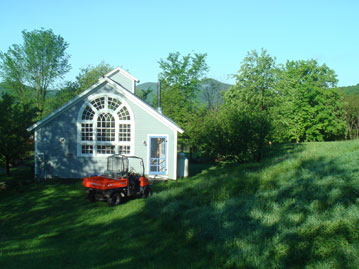 Epigraph from Matt Ridley's new and magisterial The Rational Optimist: How Prosperity Evolves:

"This division of labor, from which so many advantages are derived, is not originally the effect of any human wisdom, which foresees and intends that general opulence to which it gives occasion. It is the necessary, though very slow and gradual, of a certain propensity in human nature which has in view no such extensive utility; the prosperity to truck, barter, exchange one thing for another."—Adam Smith, The Wealth of Nations

This is the essence of Smith's work, and the singular explanation of innovation. Innovation is driven by trading. Period. It is a singularly human trait, the origins of which are tens of thousands of years.

Of course our new tools, DARPANet, the Web, and more recently Social Media, are re-writing Smith's "slow and gradual."

It's not that you will necessarily learn anything "new" from this book, but you cannot help but learn a staggering amount about the innovation process among humans. To me, that learning is of the utmost practical value.

NB3: One of my five greatest literary indulgences ever is a 1st edition of The Wealth of Nations.

(Above: Susan and I move "up the hill" to our cottage/former "sap house" [where maple sap was boiled to produce syrup] for the summer, from about May 1 to October 10. Below: View of our "upper pond" from front door of said sap house—this morning at 6:30 a.m.) 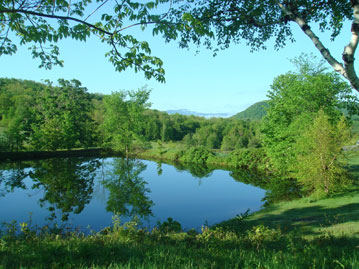