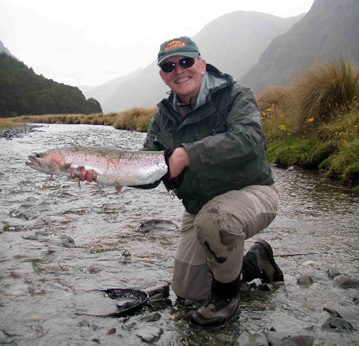 If you're a fan of Tom's first book, In Search of Excellence, don't miss reading this interview with his coauthor, Bob Waterman. We're glad to add Bob as a Cool Friend, and we all enjoyed working on this interview. (Yes, he does share a few secrets about what went on during the writing of the book.) I think the most fascinating aspect is examining another path taken from the same jumping-off point. Bob was no less successful than Tom, just not as publicly. He describes to Erik how ISOE/In Search came to be and what he's been up to since then. Bob also talks about his involvement with the Restless Leg Syndrome Foundation. Funny, both Tom and Bob ended up vacationing in New Zealand, as you can see in the picture above. Divergent paths veered close again after more than 25 years. Welcome to the Cool Friends, Bob!