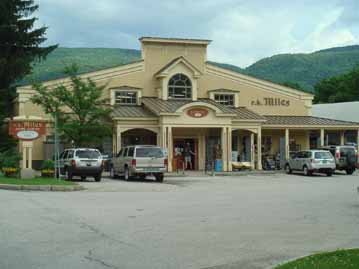 At 6 a.m. on 3 July, on NPR, I listened to about 10 people take turns reading a paragraph of the complete Declaration of Independence, 233 years old 18 hours thence. (I teared up, which surprised me—and then it didn't. What's not to tear up about the document and what it stood and stands for?) On 20 January I had also teared up, less for what Mr. Obama's taking the oath meant than for the spectacle of a peaceful transference of power ... AGAIN ... in what has become the most powerful and wealthy nation in history.

As Iran and then Honduras have demonstrated in just the last few weeks, representative democracy is a fragile creature—which makes July 4th and what it portended all the more miraculous.

To top it off there comes the fact that the Declaration of Independence was an utterly absurd idea. Britain, though distracted, was the most powerful nation on earth itself, as of the summer of 1776. And through it flowed much of the Colonies' lifeblood. Washington may well have looked the part of a Commander in Chief, resplendent on one of his grand white horses from the Mount Vernon stables, but he was, in fact, inexperienced (an earlier, botched military foray of his had ignited the French & Indian War), and his army was poorly manned and poorly equipped.

Yet the long odds came in, with many a nod to our beloved ally—France. (God bless!) And hence the first large-scale experiment in citizen sovereignty began. The journey included the burning of Washington by the very same Brits, a ghastly war among brothers, and on through the trenches of World War I, Iwo Jima and D-Day, and the 40-year cold war, when the potential nuclear cloud hung perpetually low in the sky.

The journey was never easy. And so it remains today. Iran and North Korea and Afghanistan and Pakistan are volatile beyond measure. Capitalism's nasty side effects have also caught up with us with a vengeance, as they occasionally do.

And yet on we go. We have many democratic mates today, from massive India to the massive European Union to Japan and Southeast Asia and Oceania and almost all of Latin America. We have an economy that continues to produce and fund entrepreneurs at an undiminished rate—Americans by and large see the impossible as a shot all but in the net—from Bentonville, Arkansas, to Houston to Palo Alto to Portland to Bethesda to Las Vegas to San Diego to Cambridge MA.

There is much work to be done, many potholes to fill, but also an incredible amount worth smiling about and taking pride in. It's been another tough year. And, yes, another great and amazing year in the 233-year journey from Independence Hall.

While it is customary to thank in particular our troops abroad at such a holiday, and so I wholeheartedly do, this year I want to single out the American worker—in particular the small business owners, by the millions, who have redoubled their already Herculean efforts to stay afloat and serve their communities and their employees; and the many, many workers who have taken pay cuts in preference to watching their peers laid off; the involuntarily unemployed who each day get out of bed and pursue the possibility of another job; and the entrepreneurs in tomorrow's industries who continue their 24/7 efforts to build an energetic, and exotic future. Due to so many of these folks it's actually been, in its own way, a grand year—so many have dug deep within and discovered and exhibited astonishing resilience. After all, it's the tough times that, in fact, define us—always has been the case, always will be the case.

(And thank you, dear old Philadelphia!)

Above, R.K. Miles, our home and hardware store in Manchester Center VT—competes successfully with a nearby Home Depot. Below, my local country store, Mach's, in nearby Pawlet VT. 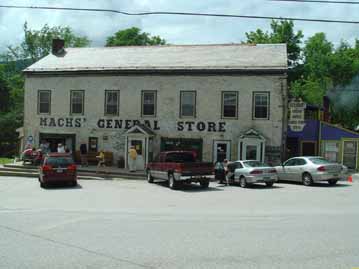