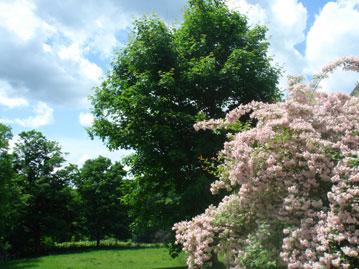 Robert Samuelson is no right-wing nut. But he is a severe critic of President Obama's health plan. And I agree with almost every word he wrote in an Op-ed in the 15 June IBD. Here are a few of those words:

"Much medical spending is wasted. It doesn't improve Americans' health; some care is unneeded or ineffective. [TP: Some estimates of unnecessary care hit the trillion-dollar mark per annum; and some estimates suggest that in cases like bypass surgery, over 90% of the time it's used it's unnecessary.] The central cause of runaway healthcare is clear. Hospitals and doctors are paid mostly on a fee-for-service basis. ... The open-ended payment system encourages doctors and hospitals to provide more services—and patients to expect them. ... That's the crux of the healthcare dilemma, and Obama hasn't confronted it."

[NB: The same day I read Samuelson's piece, I also perused "The Health Reform We Need and Are Not Getting," by Arnold Relman, in the 2 July New York Review of Books. A brief excerpt: "Economists say that the primary reason for high costs is the ever-expanding use of expensive kinds of diagnosis and treatment, such as new drugs, diagnostic tests, imaging methods and surgical procedures. Physicians in most other advanced countries have access to virtually the same resources, but use them less. This difference is partly explained by a higher proportion of specialists in the U.S. who rely more than primary care physicians on expensive technical procedures for their livelihood, and in general are much more highly paid than primary care physicians—one reason why primary care doctors are now in short supply. The American College of Physicians attributes much of the high cost of the US health system to its relative excess of well-paid specialists and lack of primary care doctors. ... In seeking consensus, Obama's health reform policies do not address the central causes of rising costs, and propose nothing likely to have much effect on them."]

[NB: In short, per Samuelson, Relman and me, if you don't go after (1) fee-for-service, (2) unnecessary care, (3) mal-practice tort reform, (4) evidence-based medicine, (5) geographic spending variations, (6) redirection of resources to wellness, prevention, and chronic-care, and (7) the excess of specialists and shortage of primary care physicians, then healthcare reform is a joke. Ergo, healthcare reform is a joke.]

On a cheerier note: above, an aptly named "beauty bush" outside my studio; below, one of Susan's Peonies. 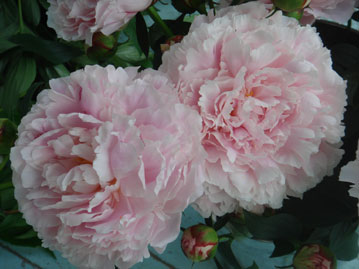