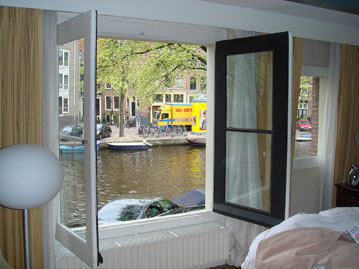 In What Got You Here Won't Get You There: How Successful People Become Even More Successful, Marshall Goldsmith proclaims: "I regard apologizing as the most magical, healing, restorative gesture human beings can make. It is the centerpiece of my work with executives who want to get better."

All I can add is:

Amen!
I believe that skill at Apologizing is nothing short of a "strategic competence"!

"Strategic competence"? Absolutely! Customers lost for want of a timely and sincere "I'm sorry. My fault" number in the billions, from restaurant diners to aircraft engine purchasers.

And now there's an entire book on the topic arriving May 1, Effective Apology: Mending Fences, Building Bridges, and Restoring Trust, by John Kador.

Read a whole book on the topic?
Yes!
Damn it!
Stra-te-gic-com-pe-tence!

In addition to being an excellent "how to" guide, the book also captures hard evidence. For example, with a new policy on apologies, Toro, the lawn mower folks, reduced the average cost of a claim from $115,000 in 1991 to $35,000 in 2008—and the company hasn't been to trial since 1994. The VA hospital in Lexington, Massachusetts, developed an astonishing approach to apologizing for errors (forthcoming—even when no patient request or claim was made). In 2000, the overall mean VA system malpractice settlement was $413,000. The Lexington VA hospital settlement # was $36,000—and there were far fewer per patient claims to begin with.

Not only does a sincere apology make you feel much better about yourself (top marks on the "ability-to-look-in-the-mirror" test), but it fattens your wallet in the process (or, rather, keeps said wallet from getting skinny).

While visiting Amazon to get John Kador's formal pub date (Kindle on May 1, too!), I came across a reference to another apparent gem on the topic, On Apology, by psychiatrist Aaron Lazare. Here are excerpts from a couple reviews: "This unique book is sure to set a reader thinking on many levels, but its ultimate message is the meaning and the magically transformative power of what would seem on the surface to be a simple apology. No one who becomes familiar with Dr. Lazare's perceptive interpretations will forget his sensitivity and wisdom."—Sherwin B. Nuland, MD, author of How We Die [TP: Nuland is fabulous]. "This jewel of a book reveals the many facets of the seemingly simple act of apology. ... Drawing on a vast array of literary and real-life examples, from Agamemnon to George Patton to Arnold Schwarzenegger, from the current pope to the machinist who approached him after a lecture, Lazare lucidly dissects the process of apology. ... Everybody on earth could benefit from this small but essential book."—Publishers Weekly (starred review)

Any comments on your experience with apologies?

NB: Tom mounts his Preakness winning hobby horse again! Women are far far far far far far far far better-instinctive at this than we guys! [One of many reasons that women are better salespeople than men.] [Preakness? I was born in Baltimore; we barely acknowledge Kentucky's preliminary race.]

[Above: My notion of hotel room "windows that open wide"—Amsterdam, canal view; not that there are many non-canal views!]