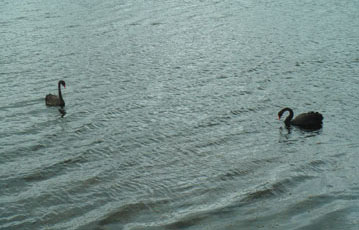 This from Golden Bay New Zealand: Believe it or not, I use my couple (okay, three) weeks away from VT Cold to read, as well as hike and hike and hike. This year's pick after 10 days: Fareed Zakaria's The Post-American World. Indian-born Zakaria is as clear-headed an analyst of the state of the world as you'll find. (Niall Ferguson is my alternate in this category.) The book is far from declinist literature, despite the title. As Zakaria begins, "This book is not about the decline of America but, rather, the rise of everyone else." ("Everybody else" is everybody else—not just China and India.)

While the recession, or perhaps depression, seems to relentlessly accelerate, I think there's little doubt that his analysis will stand the test of the current crisis. For those (neo-Marxists?) who think the current situation signals the end of capitalism as we know it, don't bother with this book. Zakaria is clear, per his data and analysis rather than polemics, that this extraordinary rise-of-the-rest is, in fact, fueled mostly by American capitalism.

This "must read" is indeed a "must read"—hopeful but not rose-colored by any means.

Picture above: Black Swans, two, no less, and God help us, in Waimeha Lagoon, Kapiti Coast, north of Wellington. Picture 2 (also Kapiti Coast): And some will rise above the waves! 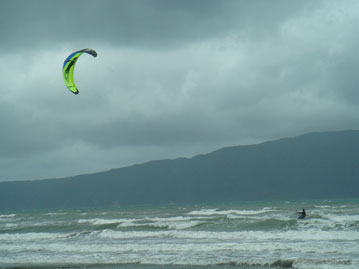