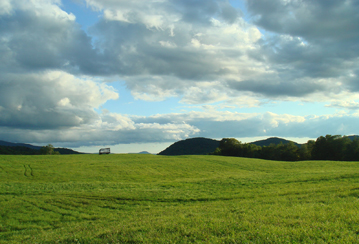 Below you will find a link to a new presentation. This one ("Excellence. Always. Action."), which will also become Part 7.2 of our recently updated 10-part Master Presentation, has effectively been 40+ years in the making, dating back to my U.S. Navy tours in I Corps Vietnam, as a Seabee-combat engineer (1966-1968). I claim in my presentations, but a slight exaggeration as I see it, that I have learned only one thing "for sure" in 40+ years: Action! Try it! Experiment now, with the data only 1% in! (And do it with haste!) As Herb Kelleher, founder and longtime CEO of Southwest Airlines, puts it, "We have a 'strategic plan.' It's called doing things." As biographer Josiah Bunting said of the consummate man of action and my hero-of-heroes, General Ulysses S. Grant: "He had an almost inhuman disinterestedness in ... strategy."

Immediately below, in a first for this Blog, I am reprinting a Post from 2007, with a contemporary update:

The Limits of "Systems Thinking": Surprise, Joy, Transformation & Excellence Through Spontaneous Discovery. (And a New Life Along the Way.)

"How do I know what I think until I see what I say."—C.K. Chesterton

"My only goal is to have no goals. The goal, every time, is that film, that very moment."—Bernardo Bertolucci

This summer [2007] was the summer of brush clearing.
And, it turned out, much more.

It started as simple exercise. After a day or two, scratches from head to toe, and enjoyment, I set myself a goal of clearing a little space to get a better view of one of the farm ponds. That revealed something else ... to my surprise.

At a casual dinner, I sat next to a landscaper, and we got to talking about our farm and my skills with clipper, saw, etc. In particular, she suggested that I do some clearing around a few of our big boulders. Intrigued, I set about clearing, on our main trail, around a couple of said boulders. I was again amazed at the result.

That, in turn, led to attacking some dense brush and brambles around some barely visible rocks that had always intrigued me—which led to "finding," in effect, a great place for a more or less "Zen garden," as we've taken to calling it.

(Especially a rock wall, a hundred or so yards long, that is a massive wonder—next year I'll move up the hill behind it—I can already begin to imagine what I'll discover, though my hunch will be mostly "wrong," and end up leading me somewhere else.)

To make a long story short:

I now have a new hobby, and maybe, ye gads, my life's work for years to come. This winter I'll do a little, but I also plan to read up on outdoor spaces, Zen gardens, etc.; visit some rock gardens—spaces close by or amidst my travels; and, indeed, concoct a more or less plan (rough sketches) for next spring's activities—though I'm sure that what I do will move forward mostly by what I discover as I move forward. (What discovers itself may actually be a better way to put it—there's a "hidden hand" here.) As I'm beginning to see it, this is at least a 10-year project—maybe even a multi-generation project.

I proceeded by trial and error and instinct, and each experiment led to/suggested another experiment (or 2 or 10) and to a greater understanding of potential—the "plan," though there was none, made itself. And it was far, far better (more ambitious, more interesting, more satisfying) than I would have imagined. In fact, the result to date bears little or no relationship to what I was thinking about at the start—a trivial self-designed chore may become the engine of my next decade; the "brushcutting project" is now leading Susan and me to view our entire property, and what it might represent, in a new light.

I was able to do much more than I'd dreamed—overall, and project by project. "Systems thinking"? It would have killed the whole thing.

Note: Some of you will have discovered my implicit debt to the economist-of-freedom, F.A. Hayek. His stunningly clear view of market capitalism as a "spontaneous discovery process" is my intellectual bedrock, my "context" for three decades in Silicon Valley, and now even for my recreational pursuits (which are, as noted, becoming so much more than that).

One-year update, September 2008: This summer has been another one of brushcutting-inventing-discovering. Again, one thing has led to another and then another. Every step is, and I do not exaggerate, a surprise—in my opinion, a surprise of the first order. I am having more fun than ever—and the project becomes more and more ambitious. I tease that I now have a new company, RRI, Rock Revelations Inc. (Giant tree liberation has also been added to the mix.) My passion has become my obsession—and I now feel empty if the day has passed without at least a couple of hours of hard labor. And the joy of exhausting physical work—and the ability to see and touch the product—is staggering.

Above, a farm picture from this past weekend. Several have asked for pictures of the project described above. No offense, but no. The project is solely for me—and Grey Meadow Farm visitors—I am not seeking approval on a broader scale, which is part of the point of the exercise. Sorry.

[Again, the link to the Action Master.]