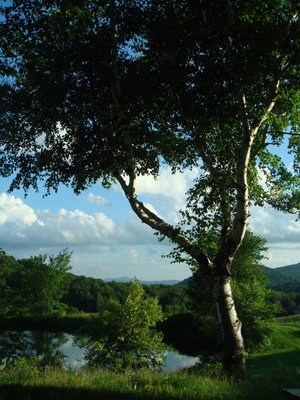 At 6 p.m. Monday, I was out brushcutting. I apparently woke up a yellowjacket neighborhood buried in the mud. In short order, I was stung perhaps a dozen times—one YJ got stuck under my shirt. Luckily, I didn't go into anaphylactic shock. But, in a few hours the reaction was body-wide. I went to an ER the next morning after a truly crappy night. The doc said I should have come at the time—because I had some wheezing, which meant I'd moved in the direction of impeded breathing.

The good news was that I was on the mend in 12 hours courtesy an elephant-sized Benadryl injection and prednisone—courtesy the latter, I'd definitely test positive on an Olympic doping test. The bad news: once stung so badly, my predilection for full-blast anaphylaxis in the future soared. The additional good news: if prepared, one can handle the bad stuff—hence an EpiPen was prescribed. (The EpiPen, to be carried with you at all appropriate times, lets you self-administer a blast of Epinephrine, usually adequate protection-against-disaster until you can hustle to an ER.)

That's all prelude to my design story. The EpiPen, upon being wanged into your thigh, through clothing, if necessary, ejects a needle that in turn injects the Epinephrine. The package includes two locked-and-loaded doses. Now the best part: There is a third dispenser—which is for practice administration. Upon being yellowjacketed again, God help me, there is no time to read the directions! So the practice pen, sans needle and Epinephrine, lets you pull the pin as you actually would, and if you smack your thigh hard enough, it indicates that you've passed the practice test—the practice pen is infinitely reusable.

As all of us know, manuals are almost always (99%+) infuriating. This was the exception, to say the least. There was a mini-manual, but the practice injector went above and beyond. Trust me, I have a couple of testers for this and that (e.g., blood sugar measurement), and the directions merit the standard D- grade if I'm in a generous mood.

So hats off to the EpiPen designers—winner of the Tom2008 user-friendly-design award.

(Now all I have to do is pray I'm not stung again—and if so, pray that the Epinephrine was not made in China out of anti-freeze.)

On the non-yellowjacket side of the balance, a couple of pictures from the farm last evening. 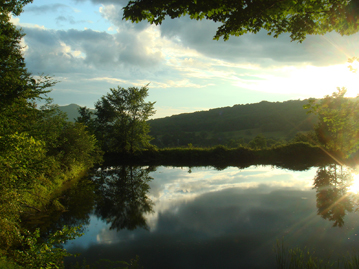