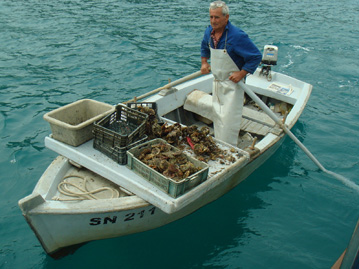 How simply can I put it: There is no one in ad world that I respect more than Lee Clow, the chief creative at TBWA Worldwide—he's been my hero since the 1985 Apple ad showing IBMers as lemmings walking off a cliff. (I was in the Stanford stadium when it played for the one and only time during the Super Bowl.)

The New York Times recently reported on Lee's remarks at a big ad world confab. He seems to have said that the key to getting with it in the New World Order of advertising-marketing is hiring lots of youngsters and giving them more or less free rein to invent the future.

Seems as though I've heard that line before—from me.

Well, to a large extent, Lee and I are simply full of it.

How about hiring ... old people [and giving them more or less free rein to invent the future]?

That is: I have met the future, and it is me!

As most of you know, Susan and I have just returned from a seven-day walking tour along the Dalmatian Coast of Croatia. There were about 15 of us. As I recall, the age range was about fifty to a little over seventy-five. (!!) While the daily hikes were not reminiscent of the Boston Marathon that occurred the day after we left, they were up-and-down, rocky, and averaged perhaps eight miles a day.

You didn't have to be a Rockefeller to be a part of the group, but a reasonable amount of money changed hands, especially when airfare is included.

We—collectively—are the poster "children" for the most enormous-wealthy-healthy market opportunity, well, ever. As in: ever.

Bill Novelli, AARP head, lets us in on the world's most commercially profound "secret":

"People turning 50 today have more than half of their adult life ahead of them."

When I first read that, I believe it's no exaggeration to say that I literally "gasped." I guess I more or less knew it, but I'd never seen it in such plain-succinct text.

Of equal impact, on a micro level, was the fact that:

The average American buys 13 cars in the course of a lifetime.
She-he buys seven of the thirteen after the age of 50.

The leading edge of boomer-dom is now over 60. I tried to describe, on a single PPT slide, what I think is coming-here, from the Boomers, and their older peers, the [amazingly healthy] Geezers:

"We are the Aussies & Kiwis & Americans & Canadians. We are the Western Europeans & Japanese. We are the fastest growing, the biggest, the wealthiest, the boldest, the most (yes) ambitious, the most experimental & exploratory, the most different, the most indulgent, the most difficult & demanding, the most service & experience obsessed, the most vigorous, (the least vigorous,) the most health conscious, the most female, the most profoundly important commercial market in the history of the world—and we will be the Center of your universe for the next twenty-five years. We have arrived!"

Back to my gripe with my friend Lee Clow.

Here is my current report card on the market's (manufacturers, retailers, designers, marketers, product and service developers) effort to understand and encompass and exploit this Incredible-Humongous Expanding Market Opportunity:

As I put it, ever so gently, and with great cultural sensitivity, post-Croatia, in my London seminar on 28 April:

"You are all idiots."

Hint: I considered it understatement.

NB: I am not suggesting that things aren't changing. But I am suggesting-insisting that I and my friends on the trip to Croatia and several hundred million others with literally trillions of bucks-Euros burning holes in our collective pockets, will be the centerpiece of economic opportunity for the next Two Decades or so. It ain't forever, but 20 or 25 years is a good, solid hunk of time.

Think: Next quarter century!
(After that you're on your own—and I ain't gonna be bugging you.)

Attached is a short PowerPoint "Special Presentation" on this topic.

Above and below are a couple of pics from our trip. 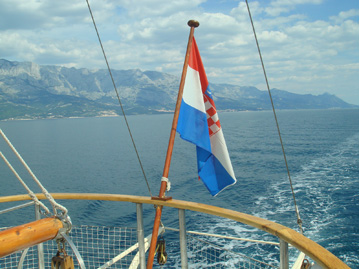