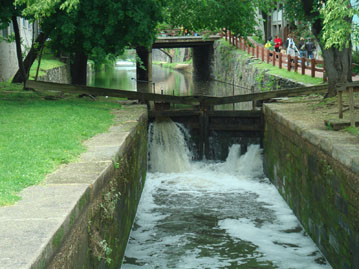 Georgetown, C & O (Chesapeake & Ohio) Canal. America's Internet 2.0. (Arguably the Pony Express was Internet 1.0. Or was it pamphleteering surrounding the buildup to the Revolutionary War?) 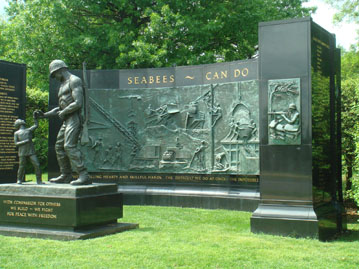 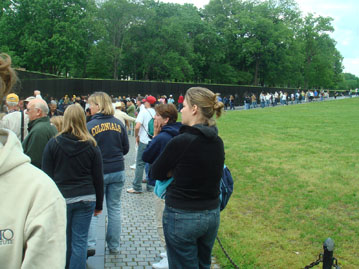 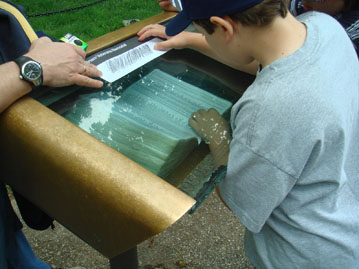 Waterproof book with all the names, locations. Youngster looking for name, granddad?—typical rubbing. 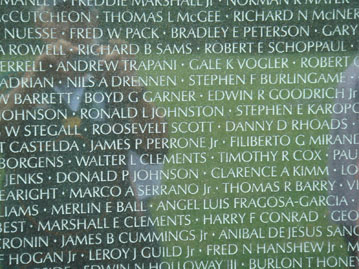 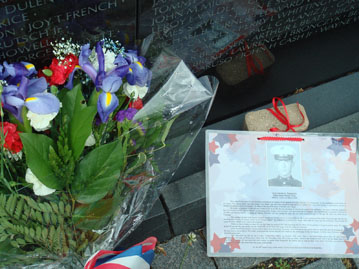 Recent tribute. Dozens each day. In fact, one soldier's family left his Harley at The Wall. (Gov't keeps all stuff—not available for public viewing.) 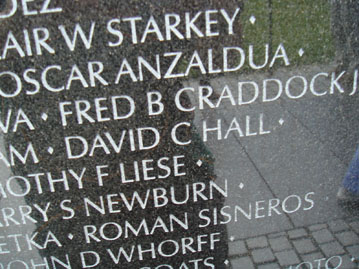 How many of ours died in Vietnam? One answer is: 112 "Halls" alone.