A Useless, But Necessary Rant! 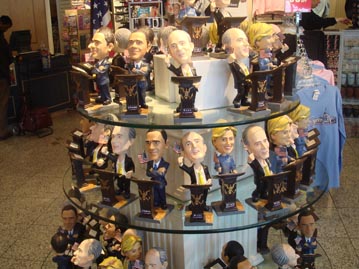 Some things piss me off—a lot of things piss me off, in fact, as members of our Blog Community well know. But some things really piss me off. I was "pissed off" at James Kilts, former Gillette CEO, for getting almost $200 million for selling Gillette to Procter & Gamble for no particular reason. But that's a quibble. (Well, not really.) But I am horrified-outraged-sickened by the barfworthy $100 million plus that Countrywide CEO Angelo Mozilo is scheduled to pocket when the recently announced takeover by the Bank of America closes. Kilts' move was unnecessary in my book. But, in fact, P&G has done a good job with garnering fruits from the merger, and, in fact, a lot of people who more or less deserved it made some bucks from the merger. But Mozilo maliciously screwed customers by the 10s of thousands who didn't deserve to be screwed, no matter how much you may swear by "caveat emptor." (And I do swear by it in 9.642 cases out of 10.)

If no one can talk Mozilo into forgoing his separation check, maybe someone could talk him into at least sharing it with former Enron CEO Jeff Skilling, who surely didn't cause more harm than our friendly Countrywide founder. Some small poetic justice will be served when (not "if") the acquisition gives Bank of America a black eye; CEO Ken Lewis may be one helluva manager, but the odds of effectively melding the "aggressive" C-wide culture with the BofA culture are between slim and none, and thank God for that.

(I'm in Palm Beach, Florida, for a speech. As I left Reagan National Airport yesterday, I found in the DCA souvenirs shop the display of dolls depicted above and below—and I couldn't resist sharing.) 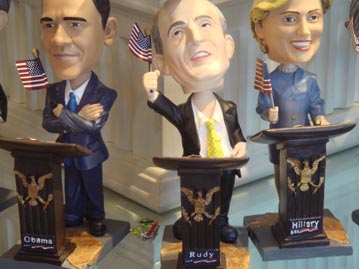