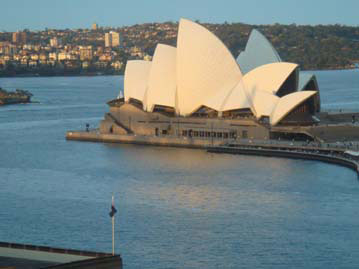 Ken Blanchard is a very close pal—we were for a year more or less roommates in a fraternity. Moreover, I deeply respect his work and its intellectual integrity and its ability to connect with busy people. Those who denigrate it are often de facto snobs who criticize it because it is clear and uses short words. (But then I'm the kind of guy who thinks you can learn more management-leadership from The Little Prince, which I bought and re-read Sunday, than 95% of Biz Books, doubtless including my own.)

All that said ... I admit that I have trouble with management books presented as parables.

While at SFO before leaving for Sydney, I thumbed briefly through "one of those" parable books—and was, to my utter amazement, captured in a flash.

Okay, I'm gonna say it—I think Matthew Kelly's The Dream Manager is magnificent. Furthermore, I think that if you, Mr/Ms Manager-Executive,* don't "get it," you've got a big-time problem. (Well, that's harsh, unnecessarily so, but it does seem like patently obvious "stuff" ignored 89% of the time—and I'm being generous.) (*I almost dropped the "Ms," but thought I'd be accused of bias. Fact is, I think women "get" this sort of thing better than men—which, of course, is why they are typically better managers. Axiom #1: Humane workplaces make more money—believe it. Axiom #2: Humane workplaces are not "soft"; in fact, accountability is usually higher where people are treated well—believe it.)

Herewith, a couple of quotes from The Dream Manager, which may give you a flavor of the main argument (these are also on the slides in the "show" I just offered up in the prior Post): "An organization can only become the-best-version-of-itself to the extent that the people who drive that organization are striving to become better-versions-of-themselves." "A company's purpose is to become the-best-version-of-itself. The question is: What is an employee's purpose? Most would say, 'to help the company achieve its purpose'—but they would be wrong. That is certainly part of the employee's role, but an employee's primary purpose is to become the-best-version-of-himself or -herself. ... When a company forgets that it exists to serve customers, it quickly goes out of business. Our employees are our first customers, and our most important customers."