Went to London yesterday (there-here as I write.) Yesterday's paper was more loaded than usual:

End of the World as the English know it. An unexpected Commons vote to, after 700 years, turn to an elected House of Lords. The end is nigh for the ultimate oxymoron ... "hereditary excellence"? Quite possibly.

The Chinese are seriously considering real property rights—the right to OWN one's property. Headline (from Tom): "Today the Sun Rose in the West."

Hooray: The Brits are seriously considering severe penalties for the BAA if security lines, especially in hell (a/k/a Heathrow) are too long. Five MINUTES, on average, would be the new standard, and >20 minutes would be treated a Capital Offense. Fingers crossed, hope it happens—and exports across the Atlantic.

No less Important for being obvious. Headline, the Times (London): "A friend is loyal, kind, true ... and probably a woman." An academic study based on 10 years of data. Conclusion: "Friendship between women seems to be fundamentally different from friendship between men." "Friendship is much deeper and more moral for a woman. Women tend to keep their friends through thick and thin, across geography and social mobility. Men, on the other hand, are more fickle with their relationships and seem more interested in asking 'What's in it for me?'" 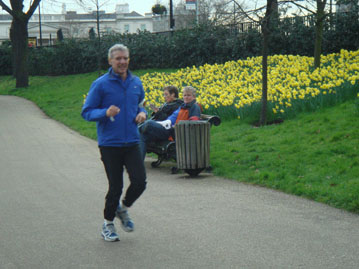