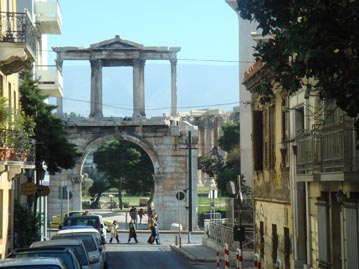 In this Blog we've talked about the incredibly high pay packets & bonus packets that have become the norm at Giant Co.—even in cases of outrageously bad performance. And though many of us have expressed "distress" (me among "us"), we have voted in the long run to more-or-less let the market do its generally useful thing. "Markets ... first, last, eternal"—or some such.

Well, I am a hardcore "markets guy," but I was also taught on Day 1 of Econ 1 that there are occasionally "externalities," which subvert the market-determined process to the point that, among other things, regulatory redress becomes necessary. Well, the "exec pay thing" may be "one of those cases"—indeed, the "mother of all cases."

The issue is backlash, perception—and a sometimes forgotten-at-one's peril principle of economic development & power. The Chairman of the New York Fed suggested in a recent speech that the real-perceived "wage gap" may be "the most important economic challenge of our time." ("Wages gap 'undermines support for free trade,'"—headline, Financial Times, 12 January, p. 3.)

In short, "markets-for-talent" may be "working" in the executive suite and at the trading desks of Wall Street and in the City—per that bedrock supply-and-demand Econ 1 model. But if the net result is trade barriers, a screeching brake on globalization, global recession, a perpetually pissed-off middle class—and dry kindling for extremist "movements"—well, that should give us cause for reflection. Right?

(This Post comes as I leave Athens. Athens, home to the first, by most measures, working democracy. Democracy does not demand economic equality—but it does demand, front and center, a widespread perception of fairness!) (A few more pics at Flickr—above is the inspiring sight around here that reveals itself at the end of any given street or alleyway.) (By the time you read this I'll be, higher forces and the airlines willing, in Khobar, Saudi Arabia.)