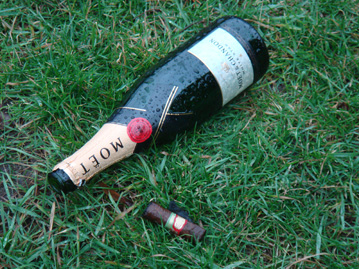 The biz book biz has gone bonkers since In Search of Excellence. (Hey, I've added 14 others to the pile.) On the other hand, the "Eight Basics" of Search have held up damn well (as have most of the companies—though "built to last," as you know by now, leaves me cold):

2. Close to the Customer. Call it "loyalty" or "customer intimacy" or (God help us) "customer-centric organization." Though I'd move it down to #3 today (people #2), it's as fresh as ever and honored in the breach—again, particularly as giantism emerges. Come hell and/or high water, get close-as-hell to that customer, listen to that customer, and love up that customer for all you're worth.

3. Autonomy and Entrepreneurship. This was, more or less, our innovation piece. Let 1,000 flowers bloom—and then turn it over to Darwin. No autonomy, no accountability; no autonomy, no insane investment in new stuff.

4. Productivity Through People. Obvious—1982. Obvious—2007. But truly "people-obsessed companies" ("talent-obsessed" today) are still rare as can be—we keep trotting out GE's people development process for a reason—we can't think of anyone else among the giants.

5. Hands On, Value-Driven. MBWA/Managing By Wandering Around (circa 1982 and HP). MBWA today!! Absent then. Absent now. Run a place by values-first leadership? Then. Now. Rare.

6. Stick to the Knitting. Misunderstood in '82. We bought Richard Rumelt's (UCLA) act—and I still do. He called the winning approach "related diversification." It ain't about sticking with a pat hand, however "excellent" today—it is about hanging in with stuff you understand. Still a good idea—just ask the private equity boys (and girls), circa 2006.

7. Simple Form, Lean Staff. We pleaded for this in 1982, but we were not aggressive enough. And, of course, there were no Internet-run companies and no outsourcing. Still, the basic idea is fresh as a daisy—and rare as apple blossoms in January in Boston. (Whoops.)

8. Simultaneous Loose-Tight Properties. Confusing to some, gospel to a few (Bob Stone—the exec in charge of re-inventing government in the 90s, who accomplished a helluva lot more than most people realize). Idea: Stick with a few key values ... then let her rip! ("Change anything not 'below the waterline'" was the way W.L. Gore founder Bill Gore put it to us—and it's still working for his firm today. (Or I hope it is—I'm depending on GORE-TEX® when I go hiking in New Zealand at the end of this month.)

Of course there are a jillion ways to say any of these—but their simplicity was the trick. I could as easily give a speech covering these exact ideas with these exact words today as 25 years ago. For instance, when I recently learned that Starbucks founder Howard Schultz visits 25 stores per week and that former Goldman Sachs boss Hank Paulson used to call 70 clients right after New Year's just to "check in," I said—"MBWA then for the best, MBWA now for the best." (Hint: I will be giving some speeches this year with the so-called "eight basics" as my exact outline. Sure my increasingly noisy "women's stuff" will be fit into "close to the customer" and "productivity through people," but the basic outline will be familiar.)