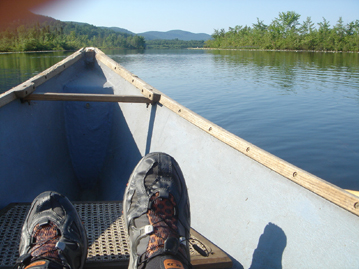 Some who made Comments (Thank you!) said it was obviously not an "either-or" issue. You need both.

Of course you do.
Maybe.

I, in fact, do not denigrate the usefulness of a thoughtful strategy. It's just that it is ... Crystal Clear (to me!) that strategy is in fact unequivocally subordinate to Execution Excellence/Execution Mania/Bias for Action (the latter happens to be "Basic #1" from In Search of Excellence).

Consider U.S. Grant. (My favorite topic of late.) General Grant was an "action addict." He constitutionally had to be on the move. Grant won several battles when the Union victory tank was on Empty. Grant had many a detractor, and one principal supporter—Abraham Lincoln. Lincoln had a "strategy," but it was in tatters because of timid-defensive-incompetent generals. Then, via "execution mania"/"bias for action"/"execution excellence" Grant quickly (What else?) chalked up several unexpected victories in the West: In essence, Lincoln's "strategy" became the exploitation of Grant's growing string of victories. Thence "execution excellence" opportunistically shaped & drove & took precedence over any grand conception of strategy.

Exhibit #2: Jack Welch, subject of a recent Post (& so much more). He is a presumed "strategic genius." I think unequivocally that his "genius" (& GE's in general) was/is ... Execution Mania & Inspired People Development. (And: Energy & Relentlessness.) Of course there's more to the story. Or is there? (Welch was famous for #1, #2, fix or sell—surely that ain't strategy, but a call to relentless action—or else.)

Let's introduce a (to me) closely related "debate."

First: "Strategy" vs "Execution." Next up another sacred elephant: "Leadership" VERSUS "Management." Stupid idea of the decade: "Managers do things right. Leaders do the right thing."

Why stupid? Because "great" leaders are greatest at "doin' stuff"—Grant & Welch redux. "Mere" and unloved "management" is ... as I see it ... the "dull" "do it" variable in the success equation. But in the popular formulation, "sexy" "leadership" is de facto equated with woo-woo Strategy (capital "S"). Management's the "anti-intellectual stuff you wouldn't wish on your hated Cousin Doris."

When we equate strategy with leadership we have entered the ... Dumb Zone. Churchill, it is said, was a lousy strategist—but a genius at "inspiring" a nation waaaaay down on its luck to determined and sustained action.

So? Frankly, with Churchill & Welch & Grant as models, I don't give a tinker's damn whether the leader is a "genius" strategist or not. I want my "genius" "leader" to embrace-embody*:

(*It's the so-called "soft stuff"—but that's another story. Conventional wisdom: Strategy & Numbers = HARD. People & Implementation = SOFT. Aye, the Smell of Idiots is again in the air!)

So leadership ... TO ME ... is pretty much "everything but strategy." That overstates ... but maybe not that much.

I'll go down with my ship on my priority-precedence order: "First" ... Energy-Enthusiasm-Relentlessness-Excellence-Execution-People-Customer Love. "Second" ... whatever (strategy, if you wish).

Do you love this quote as much as I do? It's from former McKinsey Managing Director Al McDonald, addressing a consulting team: "Never forget implementation, boys. In our work it's what I call the 'missing 98 percent' of the client puzzle."

(Attached is a PowerPoint titled "Management Versus Leadership?" I've included in it the latest & updated version of "Grant" and, on the topic of execution, a PP titled "Bossidy.")

(Oh yeah, at the top is a 7AM photo from my morning row on Lake St Catherine—about 6 miles from my VT farm.)