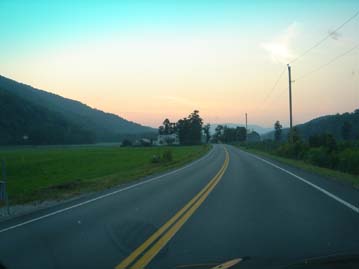 Bob Waterman and I did a ton of research for In Search of Excellence. The first presentation was a two-day affair for the entire exec group at Siemens. For "the Germans" (I am one!) we used a monster presentation book, about 400- or 500-slides long. The result was "Okay." A few weeks later I got invited to give a one-hour version at the annual "offsite" that PepsiCo held in those days. One morning, and I actually remember it well, I came into my office in McKinsey's San Francisco office, as usual around 6 A.M., closed the door and tilted way back in a near trance for several minutes (5? 10? 20?). Then I tilted forward and wrote down a list of eight Items—total word count probably 35 or 40. Three years later, unchanged except for a preposition or two, they became the "Eight Basics" that were the guts of In Search of Excellence. In effect (in reality?!) I "dumped the data" and "saw" what the thing was, almost in full flower.

A couple of weeks ago I got a book, The Nuts & Bolts Guide to Rigging, a more or less technical book by Washington College (Eastern Shore, Maryland) crew coach Mike Davenport. He said he'd heard I was a rower, and that my books had been of some use to him. Since this is summer, and this is my VT rowing season, I sat down at this computer and wrote "Tom's Rowing Career: 1946-2006." It ended up two pages long. It was fun to do. It was my return present to Mike. I went for a row a couple of days later and it dawned on me, like a shotgun blast, that the 2-pager was ... All Wrong!! It was an accurate description of my rowing "career," but captured about 0 percent of why the love affair goes on. When I got home, I again went to the keyboard and, this time, wrote a succinct paean to Rowing. (You'll find it attached—FYI.)

The latter exercise caused me to look up a paragraph in In Search of Excellence—a quote that I think Bob had discovered 23 years ago. It's from John Steinbeck:

The Mexican Sierra has 17 plus 15 plus 9 spines in the dorsal fin. These can easily be counted. But if the sierra strikes on the line so that our hands are burned, if the fish sounds and nearly escapes and finally comes in over the rail, his colors pulsing and his tail beating the air, a whole new relational externality has come into being—an entity which is more than the sum of the fish plus the fisherman. The only way to count the spines of the sierra unaffected by this second relational reality is to sit in a laboratory, open an evil-smelling jar, remove a stiff colorless fish from the formalin solution, count the spines and write the truth. There you have recorded a reality which cannot be assailed—probably the least important reality concerning the fish or yourself. ... It is good to know what you are doing. The man with this pickled fish has set down one truth and recorded in his experience many lies. The fish is not that color, that texture, that dead, nor does he smell that way.

The point of this rather lengthy recitation is obvious. We often "miss the forest for the trees." Nice saying, but it too misses the boat, damn it. My point here is damned profound. We count spines and create a rowing chronology and miss ... The Whole Damn Point.

And we do so ... MOST OF THE TIME. And we do so when we design Logistics systems and Customer Service procedures and write HR manuals as much as we do when we get the rowing bit or the fish bit all wrong.

All I ask is: Think about it ... Every Damn Day. "Forests" and "Trees," sure—but the essence of life, professional and personal, is more like it.

(A farm picture that has nothing to do with boats, but maybe a lot to do with "parts and wholes," is above.)